"Who told thee that?" cried Ahab; then pausing, "Aye, Starbuck; aye, my hearties all round; it was Moby Dick that dismasted me; Moby Dick that brought me to this dead stump I stand on now. Aye, aye," he shouted with a terrific, loud, animal sob, like that of a heart-stricken moose; "Aye, aye! it was that accursed white whale that razeed me; made a poor pegging lubber of me for ever and a day!" Then tossing both arms, with measureless imprecations he shouted out: "Aye, aye! and I’ll chase him round Good Hope, and round the Horn, and round the Norway Maelstrom, and round perdition’s flames before I give him up. And this is what ye have shipped for, men! to chase that white whale on both sides of land, and over all sides of earth, till he spouts black blood and rolls fin out. What say ye, men, will ye splice hands on it, now? I think ye do look brave." (36.32)
Ahab seized a loaded musket from the rack (forming part of most South-Sea-men’s cabin furniture), and pointing it towards Starbuck, exclaimed: "There is one God that is Lord over the earth, and one Captain that is lord over thePequod. – On deck!" (109.15) 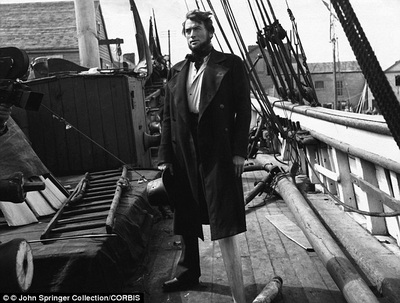 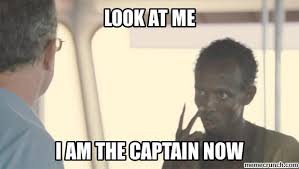 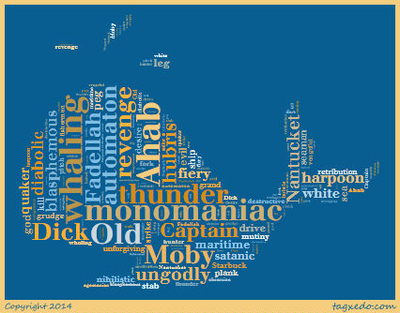